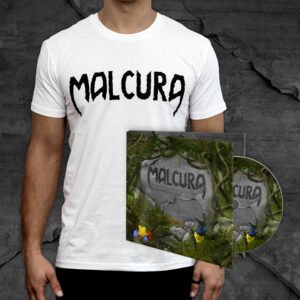 All songs written and arranged by Malcura. Live vocals and additional orchestrations performed and recorded by Malcura at Kooyong Manor.

Malcura would like to dedicate “Palais” to Rodrigo y Gabriela for giving us the opportunity to perform on stage with them at Palais Theatre.

Produced and Mixed by Simon Wood. Engineered and Mastered by Geoffrey Fyfe. Recorded at Echidna Studios. Artwork by Miki Simankevicius.

Purchase the debut album, “Malcura” in a limited edition Digipak – with complete artwork by Mikolas Simankevicius.

There are no reviews yet.