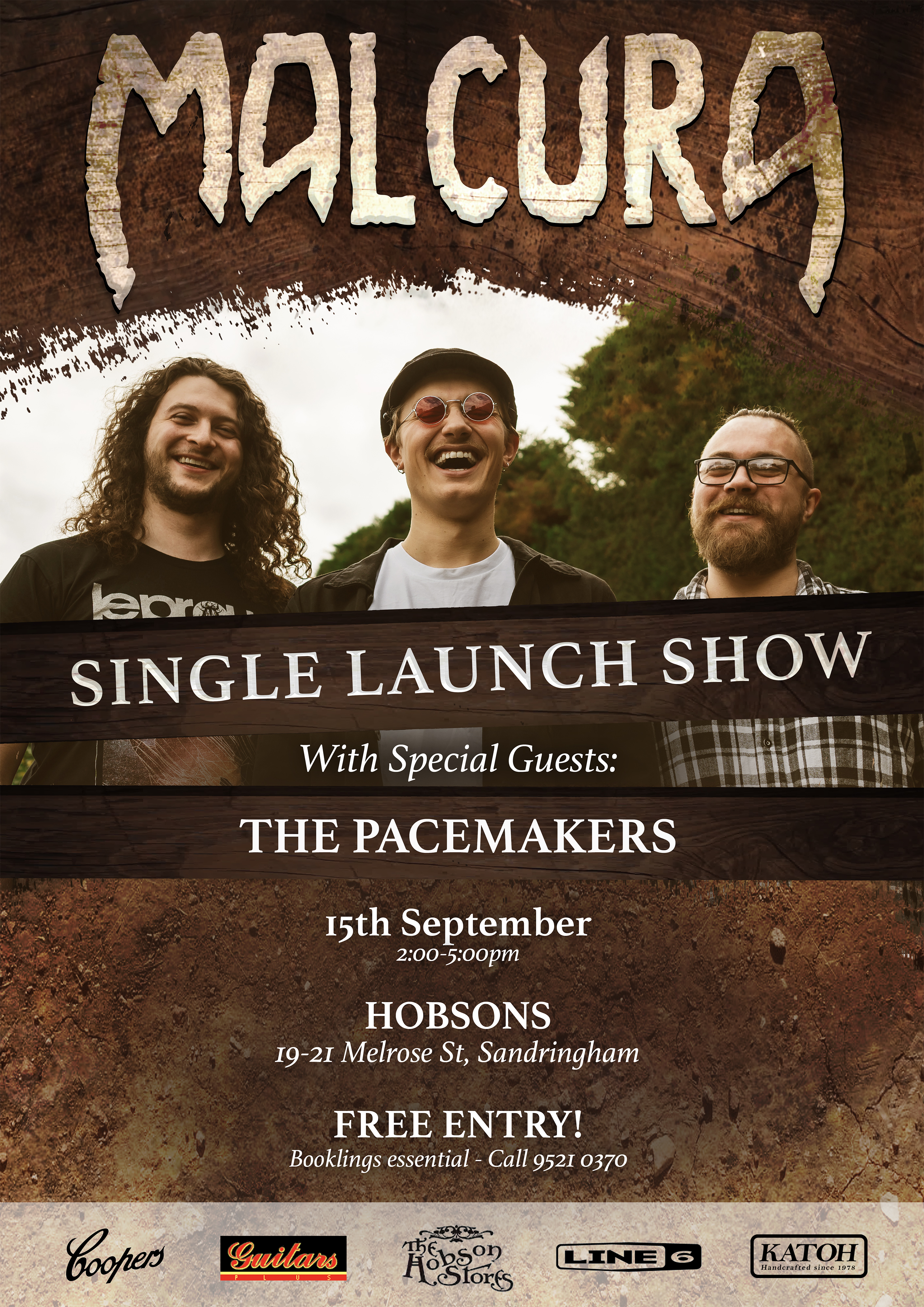 Melbourne Flamenco firecrackers Malcura are fresh from the studio and will be celebrating the release of their new single, “Malcura”, with a single launch show on Sunday September 15 at Hobsons, Sandringham from 2-5pm.

The music video for the new single, appropriately titled, “Malcura”, was filmed at Guitars Plus and stars many of Josh Voce’s guitar students, who all learnt the song and performed it in the video. There’s also some hilarious cameos from dear friends and family of the band!

We can’t wait to celebrate the finished product with you all at our hometown favourite pub, Hobsons on September 15th!

The self-titled new single, “Malcura”, is described by the band as “a reflection of the Malcura sound, from where it started, to what it’s become”.

“Malcura” combines many of the musical ideas and tricks the trio have learned as street performers with their hallmark Heavy Flamenco style – and it’s sure to set off some conga lines with its release!

Joining Malcura for this family friendly afternoon will be Chris Voce of Guitars Plus fame (and Josh’s dad) performing with his blues rock band, The Pacemakers.